Rest of the world 2 December 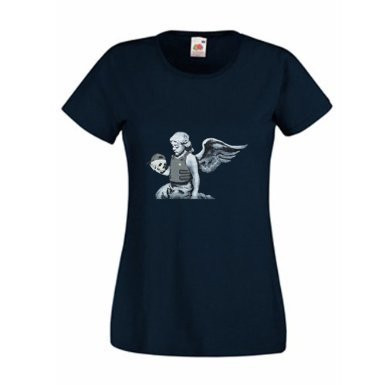 Hover over main image to zoom

This product hasn't received any reviews yet. Be the first to review this product!

Also known as bulletproof vest angel, the artwork is a tribute for English graffiti artist OZONE, who was hit by an underground train in Barking, East London along with a fellow artist WANTS, on January 12th 2007. The art piece was of an angel wearing a bulletproof vest, holding a skull. He also wrote a note on his website, saying:

'The last time I hit this spot I painted a crap picture of two men in banana costumes waving hand guns. A few weeks later a writer called Ozone completely dogged it and then wrote "If it's better next time I'll leave it" in the bottom corner.

When we lost Ozone we lost a fearless graffiti writer and as it turns out a pretty perceptive art critic.